Posted on June 05, 2010 by Office of Communications

Spring term has seen tremendous progress on construction projects across campus. Work is well under way on both the Class of 1978 Life Sciences Center and the Visual Arts Center. The renovation of Thayer dining hall, newly renamed the Class of 1953 Commons, begins in June.

The work to gain energy efficiencies has been extensive. From intelligent lighting systems and high-performance insulation to heat recovery and storm water reclamation, Dartmouth is striving to make each new facility as sustainable as possible. “We’re also keeping costs down,” says Linda Snyder, vice president for Facilities and Operations. “By creatively leveraging our procurement power to buy the best value materials, we’re able to build with both sustainability and cost in mind. A sustainable building is more cost efficient over the long run as well.” 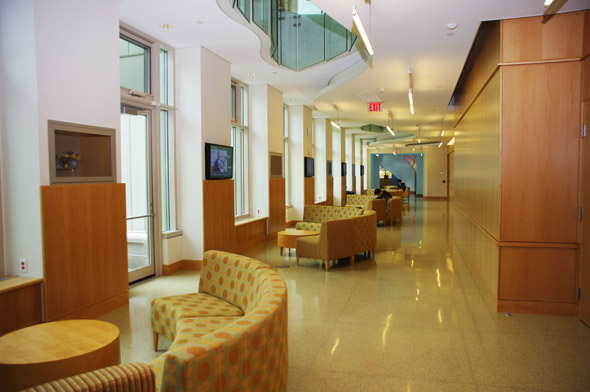 Exterior walls and roofing are currently going up on the Class of 1978 Life Sciences Center. Inside, electrical wiring is being completed to supply classrooms and laboratories with the latest technology.

Features: A model of sustainable design, the building is expected to consume one-half of the energy of the U.S.’s currently best-performing laboratories. The 174,500 square feet of teaching, research, and office space include: a 6,000-square-foot greenhouse, a 200-seat auditorium, and a storm water management system that will reuse an estimated one million gallons of rain water annually.

Major support: A $40 million commitment from the Class of 1978 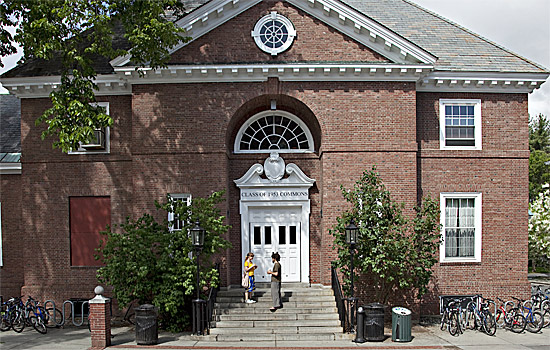 At a May 25 dedication ceremony, Thayer Hall, Dartmouth’s main dining facility, was renamed the Class of 1953 Commons. A major renovation of the building will begin following Commencement and Reunions in June. The renovation was developed as a cost-conscious alternative to the original plan for a new facility with dining and social space on the north end of campus.

Features: The new commons will increase dining room seating by 300, for a total of 1,000 seats. Open social space and a mix of seating options will facilitate interaction. 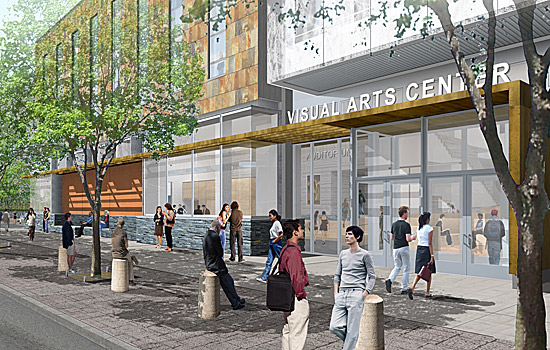 The foundation for the Visual Arts Center is scheduled to begin construction in August. Demolition of Clement Hall is complete, and crews are now excavating rock to make room for the new building’s lower level.

Features: The 105,000-square-foot center, which will consolidate under one roof the Departments of Studio Art and Film and Media Studies, includes teaching and production studios, digital teaching labs, classrooms, exhibition space, and two screening rooms, including a new 254-seat Loew Auditorium. At the building’s heart will be a soaring, three-story open atrium.

Major support: A $50 million gift, the largest in Dartmouth’s history, from an anonymous Dartmouth family